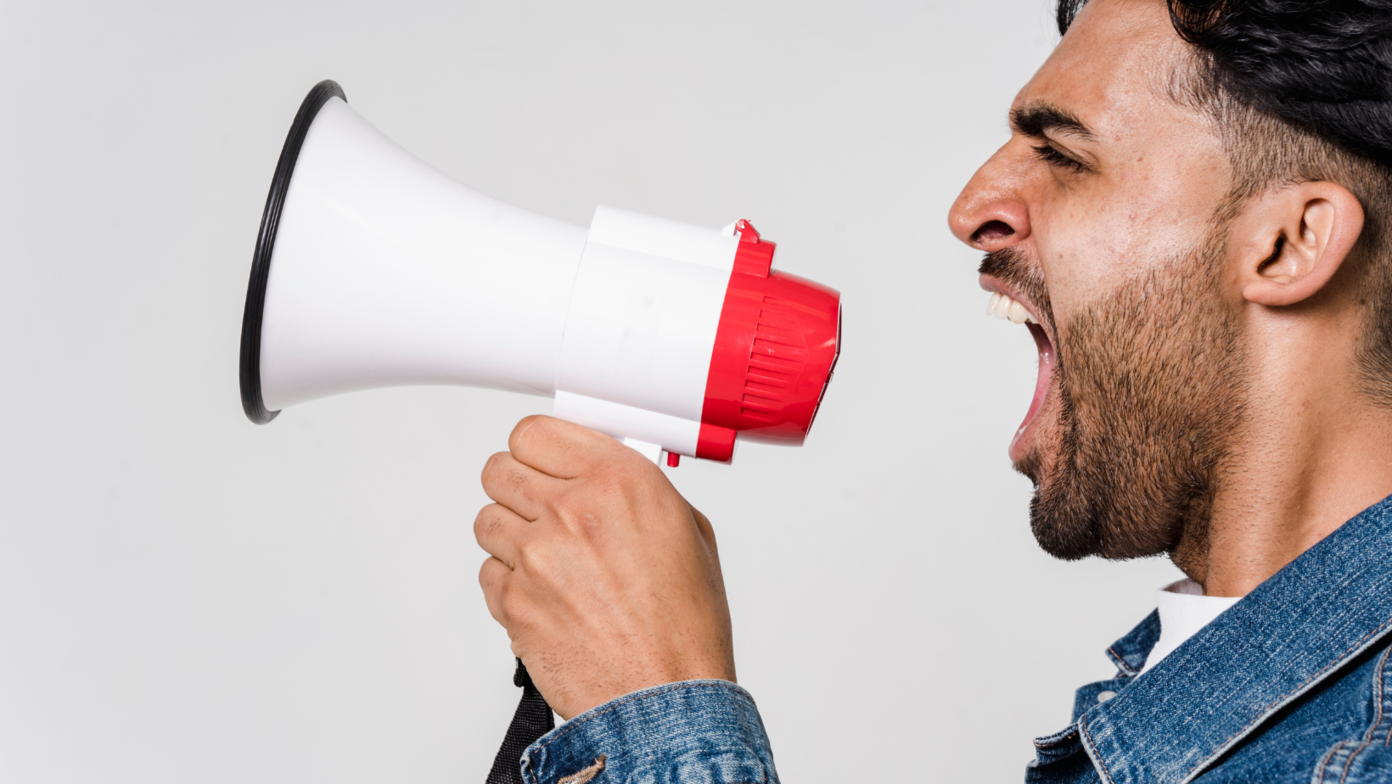 Have you ever seen the movie Catch Me If You Can? It’s based on the real-life story of Frank Abagnale and is set in the early 1960s. Abagnale grew up close to New Jersey in Westchester County and is best known as a master impersonator and forger.

He impersonated a Pan Am pilot, a doctor, and a prosecutor, conning people out of millions of dollars, all before turning 19. Eventually, he was captured and imprisoned. However, upon his release, he turned over a new leaf, working for the FBI and helping them capture people who did exactly what he did.

Abagnale could be described as the ultimate “big talker.” Someone who speaks convincingly, even winning people’s confidence, but has little substance to back it up.

Every one of us can relate to this. We all know a lesser version of Frank Abagnale in our lives. It’s the friend you can always count on to “one up” you. You can tell a story about cliff jumping, and they tell a story about going bungee jumping.

Or maybe you know someone who makes a lot of promises and commitments but never follows through. Our real challenge is that this "big talk" often extends to our faith.

The perception that Christians are big talkers is unfortunately widespread. And when things get messy, costly, tough, or unclear, many people who are so powerful in their speech are nowhere to be found.

81% of self-identified Christian adults say they’ve made a personal commitment to Jesus Christ that is still important today, but only 1 in 5 of those same people are personally committed to investing in their relationship with God on an ongoing basis.

Unfortunately, living a life where you truly talk on Sunday how you walk on Monday has been a struggle from the very beginning of the Christian Church.

Picking up from our prior sermon in the Collide Series, James addresses the need for faith to be matched by action. James is writing to a Jewish Christian audience scattered throughout the region. The church is beginning to undergo persecution, so the price of living out an active faith is getting higher.

Fast-forward to today. The Christian voice has been challenged or met with competition from other voices. Our response often is not to live out our faith boldly, even at cost to ourselves, but to do what we can to hold on to the dominance – or power.

Living out our faith is not the same as dominating our neighbors.

No one enjoys being in a threatening position or uncomfortable. It prompts us to want to fight back, even though God is calling us to something different.

13 When tempted, no one should say, “God is tempting me.” For God cannot be tempted by evil, nor does He tempt anyone, 14 but each person is tempted when they are dragged away by their own evil desire and enticed. 15 Then, after desire has conceived, it gives birth to sin; and sin, when it is full-grown, gives birth to death.

16 Don’t be deceived, my dear brothers and sisters. 17 Every good and perfect gift is from above, coming down from the Father of the heavenly lights, who does not change like shifting shadows. 18 He chose to give us birth through the word of truth, that we might be a kind of firstfruits of all He created.

When we encounter difficulty, we're always temped in a direction away from God. We can't arbitrarily put God's stamp on things we want in the world.

21 Therefore, get rid of all moral filth and the evil that is so prevalent and humbly accept the Word planted in you, which can save you. 22 Do not merely listen to the Word, and so deceive yourselves. Do what it says. Anyone who listens to the Word but does not do what it says is like someone who looks at his face in a mirror 24 and, after looking at himself, goes away and immediately forgets what he looks like.

We all have this problem. We go to church and listen to the way of Jesus, and then we go out there and basically live our lives like anyone else. When we do that, we’re forgetting who we are.

It’s interesting that James uses a planting analogy. James starts by encouraging listeners to clear some stuff out, just as we do with our landscaping at the beginning of the Spring season.

For transformed living to take root, we must intentionally make space for it. We can’t just add our faith onto the top of the pile.

Look at verses 22-24. It’s just like checking yourself in the mirror.

What’s the purpose of mirrors?

25 But whoever looks intently into the perfect law that gives freedom and continues in it – not forgetting what they have heard, but doing it – they will be blessed in what they do.

James is telling us that the Word of God does these exact same things in our lives, but you can’t just look in the mirror. You need to take it further. You need to respond and actually DO something about it.

26 Those who consider themselves religious and yet do not keep a tight rein on their tongues deceive themselves, and their religion are worthless. 27 Religion that God our Father accepts as pure and faultless is this; to look after orphans and widows in their distress and to keep oneself from being polluted by the world.

Do you have an article of clothing that makes you feel attractive when you wear it? There’s nothing wrong with that when it comes to your wardrobe, but it cannot be done with our faith. People, Christians included, associate themselves with influence, popularity, or fashion. The trouble is that James defines true religion in the exact opposite terms.

When this book was written, widows and orphans were powerless. James is essentially saying, “Associate yourself with the people and causes who can’t do anything for you in return.”

Don’t get corrupted by power and influence. Instead, pour it out in service of others.

Coming out of this section in James, there are 3 responsibilities we have as Christians:

Want to play catch up, or are you looking for something specific? Check out our collection of sermons here.