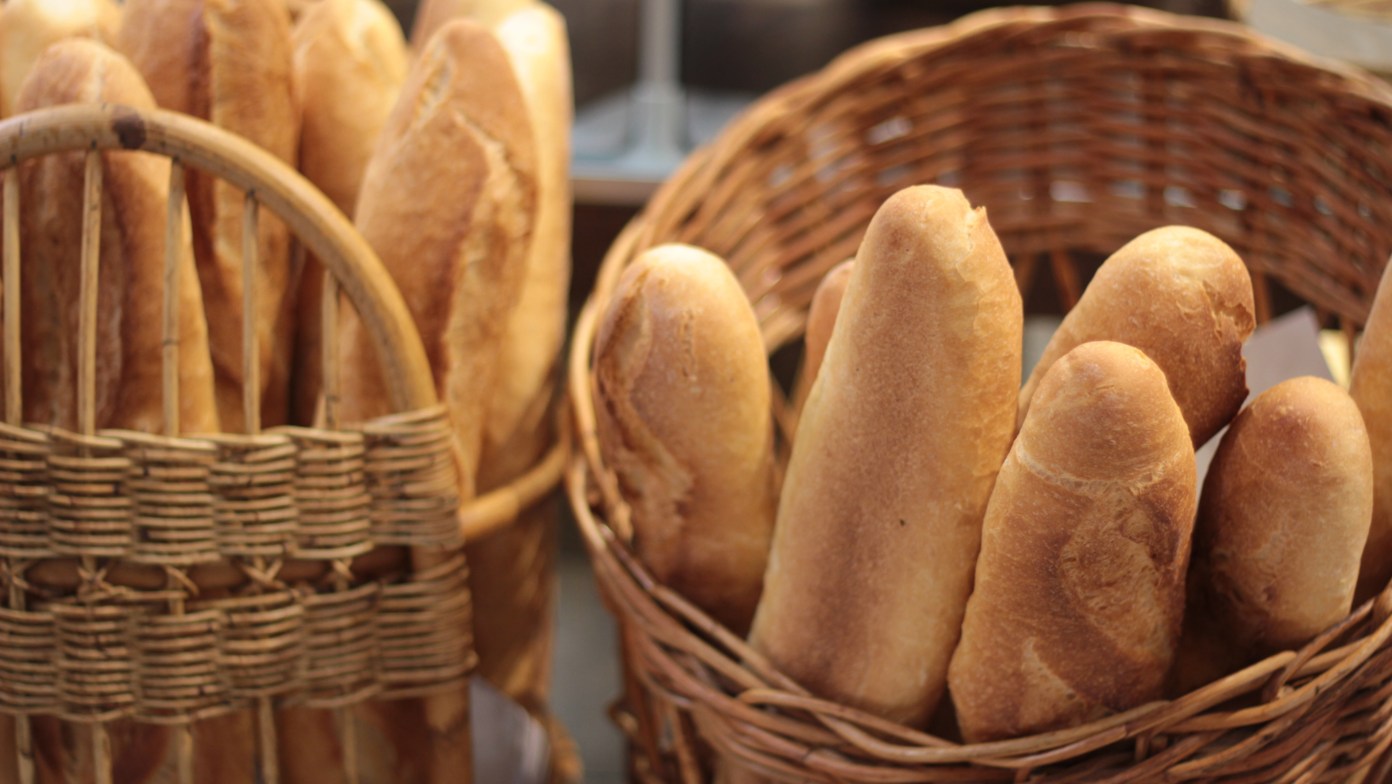 When we look at the word generosity, sometimes we think, “uh, oh, that’s a loaded word.”

But here’s the thing. You and I WANT to be generous people. No one doesn’t at least aspire to it. But living that way is much harder because…. well, life happens.

And under the pressure of those two things… ·

One of the miracles of Jesus shows up in the Book of John. It may seem insignificant compared to some of the things Jesus did, but there’s something really important here.

1 Some time after this, Jesus crossed to the far shore of the Sea of Galilee (that is, the Sea of Tiberias), 2 and a great crowd of people followed him because they saw the signs he had performed by healing the sick. 3 Then Jesus went up on a mountainside and sat down with his disciples. 4 The Jewish Passover Festival was near. 5 When Jesus looked up and saw a great crowd coming toward him, he said to Philip, “Where shall we buy bread for these people to eat?” 6 He asked this only to test him, for he already had in mind what he was going to do.

We only see our not enough or our needs being too great. We see the crowd coming up the hill.

The good news is that God sees it too, but He already has what He will do in mind.

7 Philip answered him, “It would take more than half a year’s wages to buy enough bread for each one to have a bite!”

Sometimes we calculate what we think God could do rather than trusting in what God WILL do. The voice of the calculation is often different from the voice of faith, serving as the idol of control.

We look at our resources, talent, time, and money and calculate what we think God could do. This calculation looks a lot like what WE can do because it allows us to stay in control.

8 Another of his disciples, Andrew, Simon Peter’s brother, spoke up, 9 “Here is a boy with five small barley loaves and two small fish, but how far will they go among so many?”

Here is a boy – God’s provision is often hidden in the midst of what you see as the problem.

God is looking for something to work with. He’s not asking how much we have. He’s asking if we have something and if we’re willing to trust Him.

The boy’s lunch isn’t even a great one. He’s got the cheapest bread available. And if this doesn’t work out, he will go hungry. He’s not going to stop at McDonald’s or get on his DoorDash app.

It’s crazy that it didn’t take the super-religious disciples, all it took was a boy with a cheap lunch and a lot to lose.

We have to see what generosity takes for God to use it. It’s not about the best or the most.

All you need is a willing heart, just enough faith, and whatever is in your hand.

10 Jesus said, “Have the people sit down.” There was plenty of grass in that place, and they sat down (about five thousand men were there). 11 Jesus then took the loaves, gave thanks, and distributed to those who were seated as much as they wanted. He did the same with the fish.

Jesus gives thanks for NOT ENOUGH, and it becomes “as much as they wanted.”

The reason we struggle with this is not because we don’t intend to be generous. Instead, it’s because we think there’s not enough, which leads us to our first struggle.

There’s a decision, followed by a discipline. That’s what faith is.

12 When they had all had enough to eat, he said to his disciples, “Gather the pieces that are left over. Let nothing be wasted.” 13 So they gathered them and filled twelve baskets with the pieces of the five barley loaves left over by those who had eaten.

Here’s the key to this story: God’s work happens in the world because of someone, with something, that God uses and multiplies. We have this idea that God’s work starts with someone else who has something else and who’s somewhere else.

Or that it’s this invisible force. We pray that God will intervene, God will provide, God will show up, God will work. This brings us to our second struggle.

When you pray one of those prayers, or wish one of those wishes, what you’re really praying or wishing for is an invisible they – someone who you haven’t identified, but that’s not you.

When we sit on the sidelines of life, relationships, church, injustice, or some need we could meet with our passion and your resources in tow, our actions prove that we are waiting for someone else to do it for us.

Do yourself a favor, be honest, and finish that thought. Who is that other person? Identify them. Name them.

Say, “this person is going to do the things that I won’t do or think I can’t do.”

What if someone was saying that about you?

And this isn’t talking about us showing up because of our own strength. It’s about being empowered by the spirit of God. What if we stop invoking the invisible they, and we all agree that it’s our lunch that God wants to use?

“Faith isn’t figuring out what we’re able to do, it’s deciding what we are going to do even when we think we can’t.”  ~Bob Goff

So, ask yourself, what’s your “lunch?” What’s in your hand today?

What’s in your hand may seem small, insignificant, inadequate… that’s precisely the point.

In the story, Jesus didn’t use a farmer with a field or a baker with a chef’s kitchen. Instead, he used a boy and a lunch.

Think about what a farmer does with seed. It’s faith. They have faith in their harvest. What if you had the same faith in God?

14 After the people saw the sign Jesus performed, they began to say, “Surely this is the Prophet who is to come into the world.”

This is literally how the world around us sees God.

To you, you’re waiting for God to show you a sign, but to God, He wants to show the world a sign through you.

Generosity gives us the chance to participate in the blessing of God. Just think about this boy and how God turned his experience into a powerful testimony.

Jesus already has in mind what he’s going to do. But it’s going to start with a willing heart, just enough faith, and whatever is in your hand.