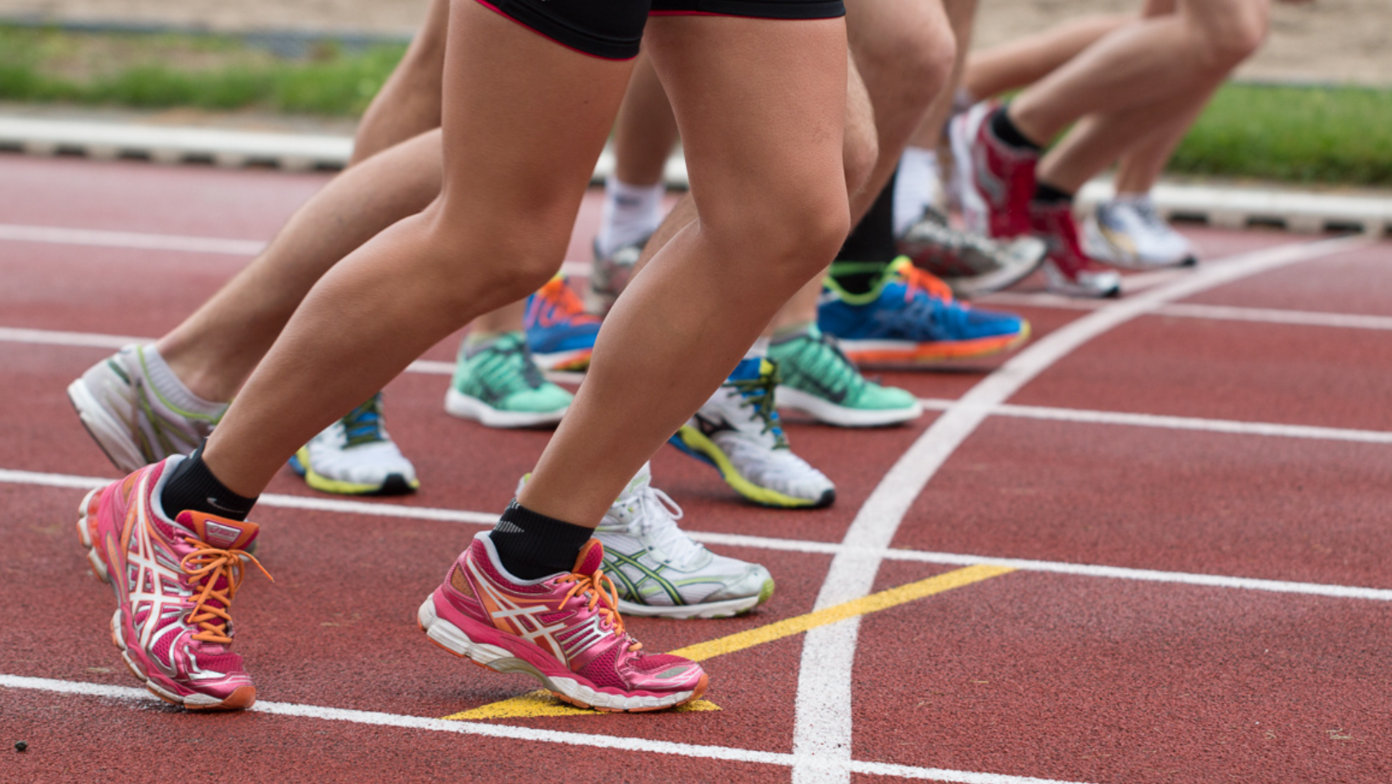 When we look at the story of Jonah and the big fish, we usually say, “what a story,” but in many ways, Jonah’s story is our story.

1 Then the word of the Lord came to Jonah a second time: 2 “Go to the great city of Nineveh and proclaim to it the message I give you.”

3 Jonah obeyed the word of the Lord and went to Nineveh. Now Nineveh was a very large city; it took three days to go through it. 4 Jonah began by going a day’s journey into the city, proclaiming, “Forty more days and Nineveh will be overthrown.” 5 The Ninevites believed God. A fast was proclaimed, and all of them, from the greatest to the least, put on sackcloth.

6 When Jonah’s warning reached the king of Nineveh, he rose from his throne, took off his royal robes, covered himself in sackcloth and sat down in the dust. 7 The is the proclamation he issued in Nineveh:

“Be the decree of the king and his nobles: Do not let people or animals, herds or flocks, taste anything; do not let them eat or drink. 8 But let people and animals be covered with sackcloth. Let everyone call urgently on God. Let them give up their evil ways and their violence. 9 Who knows? God may yet relent and with compassion turn from his fierce anger so that we will not perish.”

10 When God saw what they did and how they turned from their evil ways, he relented and did not bring on them the destruction he had threatened.

Running with God always involves FIRST turning to God and then running in a new direction with God.

Now here’s the catch – most Christians think we are usually running with God. God likes the same things we like, doesn’t like the same people we don’t like, and is behind all the same causes and things we are. Amazing how that works!

There’s a key component missing there: Turning TO God. If you’re a Christian, you think “turning to God” was something you did when you prayed a prayer of salvation or came forward at the end of a church service – a point in time. That’s true, and it was, but it’s much bigger than that.

We need to continually turn to God over and over again if we’re going to stay running with God. Daily. Hourly. Continually. Because we don’t always remain turned to God.

There’s a big, churchy-sounding word we use around this issue of turning to God and then running with God. It’s repentance.

Repentance literally means to turn in a new direction. It’s not just saying sorry. It’s walking the other way.

If you’re like most Christians, when you hear this word, you think of those guys in the subway, on NYC street corners, or on cable access TV. They yell… a lot. They have signs that say, “REPENT!” They use bullhorns.

And this uncovers an uncomfortable thing we have to contend with about repentance.

We have incredible energy and enthusiasm around other peoples’ repentance. But, unfortunately, we have much less of the same regarding our own.

It’s easy for each of us to point the finger and say, “Look at THOSE people.” We do that because it’s easier, but we also do it because it bumps the spotlight off of us to somewhere else.

Today it’s time for us to make repentance about the house and people of God. Start there and stay there. God’s Holy Spirit can deal with the other people. There’s plenty of work to do inside the house and in our hearts.

There are actually two different pictures of repentance in our chapter – the repentance of Jonah and the repentance of the Ninevites. So we’ll look at both. But first, there’s an incredible truth and hope in the first verse of the chapter.

1 Then the word of the Lord came to Jonah a second time:

This is incredibly good news! God is so faithful even when we’ve blown it. Accidentally, or even willfully, like Jonah.

Remember, when we turn, God is right there.

Arise, go to the great city of Nineveh. And now, Jonah has to arise and go from a more distant place BACK to Nineveh. It’s the same call, the same destination, but a longer journey.

Jonah started out about 400-500 miles from Nineveh. But then he went down to Joppa, boarded a ship, and headed for Tarshish, some 2500 miles in the other direction. He was thrown overboard, swallowed by a fish, and vomited onto dry land somewhere on this journey. We are not told where exactly, but in any case, the journey back to Nineveh is now much longer.

Your forgiveness from God is immediate with repentance, but there’s often a journey back.

The journey back happens with yourself (Jonah had a LOT of time to think) and with others.

We misunderstand this aspect of the journey. “Why won’t you just forgive me.” The journey forms things within ourselves that we need if we are to live in a different direction – the new direction of repentance. Chief amongst these is humility.

There’s something you need to live in that new direction that only the journey grows in you.

Let’s be clear. We have positional forgiveness with God through the finished work of Jesus Christ. Our guilt has been wiped away at the Cross. We are no longer under condemnation.

But that is different than the journey back. We still need to take it. It might be longer as a result of where you’ve run. But you can walk it – with the power of God and free from the guilt and shame of condemnation.

Don’t mistake your journey back from condemnation. It’s tempting to do that and blame others for expecting you to take the journey or give up. On the contrary, the journey is part of repentance.

So, Jonah repents, receives the forgiveness of God, and takes the long journey back. Then he begins to finally do his prophet job, declaring the message of God. He walks through the city for 3 days. By all accounts, he doesn’t yell or manipulate. He simply shows up and speaks.

“They believed that God’s judgment of violence and evil was real.” But understand the sequence of events here. There are two repentances in this chapter. But they’re in order. Jonah had to repent first.

Church – people of God – we’ve been waiting for the other person, the other people, and the world around us to repent. Maybe we need to go first. And by going first and taking the long journey back, it allows us to show up in humility to what God is already doing in the hearts of others before we even get there.

But when you do, it has a tremendous impact.

Your obedience isn’t just about you. It affects others.

And God has such a soft spot for people who turn to him. We see it in Jonah’s life and in Nineveh. God can’t wait to relent and shower down mercy, grace, and forgiveness. But, of course, this gets some of us upset when God does it with others, and Jonah felt the same way too.

So, this repentance thing sounds mostly negative and hard. And it IS hard, and it rarely feels good doing it.  But there’s a huge upside because of God’s grace and mercy in our lives once you do it. God brings you back to something that he’s already preparing. You’re invited to return to something – your purpose.

We often run from God, and we even fall into sin because we don’t like the purpose that God has laid out in front of us. Its purpose calls us to humility, to surrender, to face our fears, and even to sacrifice.

Repentance, at its end, is a return to purpose. God’s purpose. The purpose is inspiring but terrifying.

Purpose means making your life a means to an end that is not you.

Remember, your obedience doesn’t just affect you. It affects others. Where in your life are you running that you haven’t considered what it causes others to carry? Or what they’re missing out on?

So today, we need to repent – a habit, a pattern, or something that’s bound us. A relationship, a way of seeing others, anger, or bitterness. A place where you know God is calling you, but you’ve run.

Stop, turn to God, and receive his forgiveness. Be released from shame and guilt and condemnation.

But then, embrace the journey back. It’s yours. It’s not anyone else’s. Don’t try to shortcut this. God will do things in your heart and build a strength and humility that doesn’t come any other way.

And at the end of it, you’ll come face to face with your God-given purpose. It might not be the purpose you would have picked, but it’s the place where God’s already been working. And as you step into it, you’ll see God do amazing things.

You’ll run… but with God.