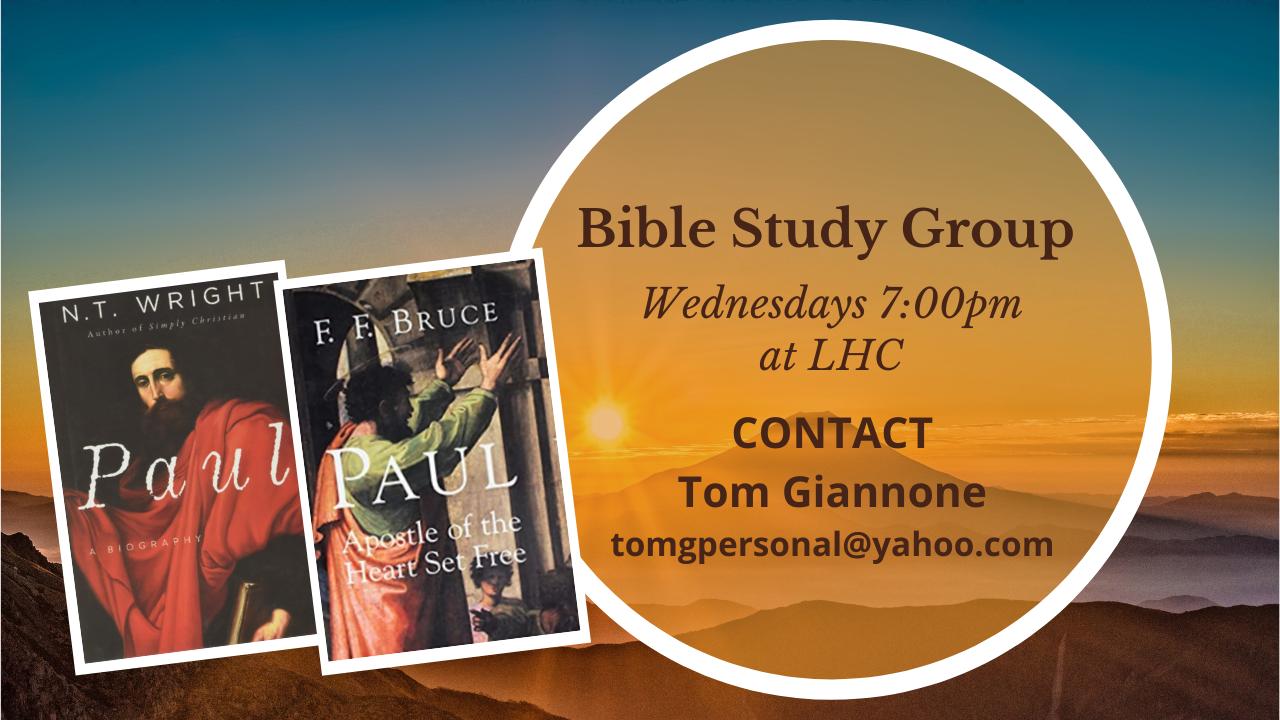 Save to your Calendar

All are welcome to join this Bible study about the apostle Paul and his missionary journeys. This study will run approximately 10 weeks. Please purchase books prior to the meetings.

Paul: A Biography, by NT Wright
About: Paul is a compelling modern biography that reveals the apostle’s greater role in Christian history—as an inventor of new paradigms for how we understand Jesus and what he accomplished—and celebrates his stature as one of the most effective and influential intellectuals in human history.

Paul: Apostle of the Heart Set Free
About: Written by one of the best known and most respected evangelical biblical scholars of all time, "Paul" explores the primary themes in Paul's thought as they developed in the historical context of his life and travels.

This Bible study group will discuss the life and times of Paul including the following questions: